If you want to have an adventure in the great outdoors, you have probably thought about getting an RV. After all, you can use it to explore small towns and marvel at everything nature has to offer. But before you decide on the right RV for you, it's important to know something: What does self-contained RV mean?

What Does Self-Contained RV Mean?

Think of your dream RV:

Maybe it's a large vehicle with plush sofas, a luxurious shower and toilet, a spacious kitchen, and a soft mattress to sleep on. You may not realize it yet, but what you have in mind is a self-contained RV.

So, what does self-contained RV mean?

Most RVs and motorhomes around the world are self-contained, which means that they can operate without help from outside sources.

This term implies that your RV already has a sufficient water storage container, a fully functioning toilet and shower, and a septic tank for your waste.

A self-contained RV also has a trusty electrical system which draws power from a generator or batteries. And it will also feature storage tanks for excess gray water from your shower and sink.

With all the choices out there, choosing an RV is not an easy decision to make. The number of models to choose from can seem endless. But this important investment will set the tone for many years of future outdoor excursions!

It's crucial to understand the answer to, "What does self-contained RV mean?", including the major advantages and drawbacks of this type of RV.

That way, you’ll figure out if these features are essential in meeting your needs. Or if you can do with them.

So, what is a non-self-contained RV?

There are some important differences between a non-self contained RV and a self-contained RV.

For non-self contained RVs, the waste produced by campers ultimately becomes the responsibility of parks, beaches, and campgrounds.

Because of the environmental impact caused by non-self contained RVs, they can harm the natural places they visit.

That's the reason why non-self contained RVs have a bad reputation among many small tourist towns.

Just a few reasons why you should consider a self-contained RV include:

If you know the answer to, "What does self-contained RV mean?", you’ll quickly learn that these RVs already have the key amenities you need. You'll be traveling with a bed, shower, toilet, and every comfort you love from home.

That ability means you don't have to pull over at a gas station if you need a toilet while in the middle of a fun road trip. It also means everyone can stay clean and comfortable throughout days of hiking and other adventures.

One of the most compelling reasons why you should choose a self-contained RV is because you have more freedom in choosing a camping area.

Traveling in your RV lets you save on accommodation costs. If you use a self-contained vehicle, countless public spaces, such as parking lots, allow you to stay the night for free. This practice, called freedom camping, provides RV users the freedom to go and stay anywhere they want.

Most campgrounds do not permit non-self contained RVs to enter due to sanitation and waste issues.

If you have a non-self contained RV, you can forget about parking many places because you might receive a ticket or a fine.

Things to Consider Before Investing in a Self-Contained RV

There are some disadvantages to owning a self-contained RV. And these disadvantages can pose problems to a varying degree, depending on the RV model.

Here are just a few things to be wary of when wondering, "What is a self-contained RV?":

Once you start looking for an RV to purchase, you'll soon realize there is a huge price difference between non-self contained models and self-contained ones. Self-contained RVs, which offer a myriad of amenities, are generally much more expensive.

Since most RVs in many countries are already self-contained, you will have a wide variety to choose from.

Your time is valuable

If you have a self-contained RV, you need to allot time to visit dumping stations. These are facilities designed for motorhomes to release sewage and gray water from tanks.

How long you can go without sewage and water hookups depends on how much you are using your bathroom and water, as well as the size of your tank.

Usually, RVs can hold between three days and a week's worth of waste before you'll need to visit a dumping station. For RVs which have larger tanks, they can stay off the grid for a more extended period.

If your tank gets full and there’s no dump station near you, you’ll be forced to use bathrooms outside of your motorhome.

Another aspect that may require your time is charging your batteries. If you don’t have a generator, you will have to worry about electric hookups since your batteries can only remain charged for so long.

If your batteries are running low, you also won't be able to use them for large appliances.

Image: CC BY 2.0, by Aaron Headly via Flickr.com

One of the major drawbacks of self-contained RVs is the size. For first-time drivers, being in charge of a large vehicle can be difficult. And harsh weather conditions may make the job even more challenging.

If you want a smaller vehicle and usually travel alone, it might be better to go with a non-self-contained RV. However, you still need to ask yourself whether you are game to travel without running water or a bathroom.

What to Consider When Buying a Self-Contained RV

Now that you know the answer to, "What does self-contained RV mean?", you need to seriously consider what you want before you buy one. As such a large investment, it's important to choose your RV carefully!

Sit down and consider these factors before setting your sights on a new RV:

Where do you plan to camp?

A self-contained RV is a top choice for people who travel around the country. If you intend to camp for long periods, you will need this type of vehicle to make traveling easier.

However, if you tend to stay in campgrounds with full amenities, a self-contained RV probably isn't necessary.

How much power do you need?

When purchasing an RV, it's important to think about your generator. The last thing you want is to encounter issues while camping out in the wilderness.

Generators make camping in your self-contained RV a breeze, providing power to your refrigerator, furnace, air conditioner, television, and microwave. Generators are also a necessity in campsites that do not have electrical hookups. 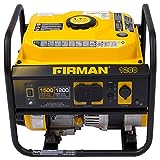 It's essential to consider the size of your RV. After all, bigger isn’t always better.
Think about where you'll park your RV while in storage, as well as during cleanings and breakdowns. If your driveway has a slight incline, you may also face issues with scraping.

If you want to save money, you should consider buying a used RV. However, do your research and only buy from a trusted seller. Also, be prepared to invest in repairs sooner rather than later.

You’ll be safer buying a new RV, although the initial cost will be higher. When you get a new RV, you'll also have the peace-of-mind of a warranty.

Ready for a Roadtrip?

Now that you know the answer to, "What does self-contained RV mean?", you are finally ready to join the pack of people traveling in style and comfort! Now, all you have to do is pick a destination, a scenic route, and get ready for the best road trip you will ever have.

If you're willing to pay more for a self-contained RV and you feel confident driving a sizable motorhome, this option has many advantages.

To get the most out of your self-contained RV, you'll also need a few accessories like a power cord and adapters. For your sewage, invest in an RV sewer hose kit. 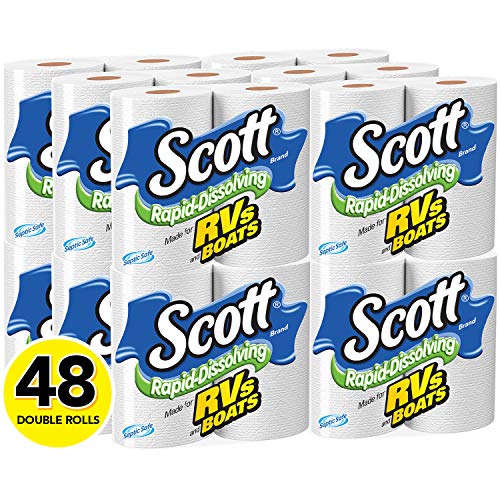 When discovering, "What does self-contained RV mean?", you’ll realize that it’s more than just a luxury. For many, it's a necessity.

How Much Solar Power Do I Need For My RV? We’ve Got The Answers For A Variety Of Classes

Gas Vs Diesel RV: The Pros And Cons Of The Two Options